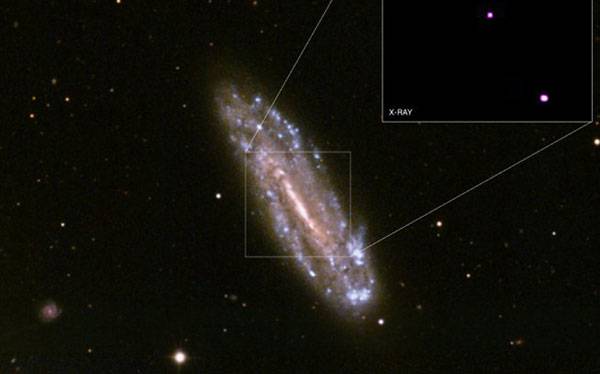 European scientists have discovered a supermassive black hole with a mass equivalent to 17,000 million soles, located in the center of a small galaxy, reported the scientific journal “Nature”.

The hole, detected by a team from the Max Planck Institute for Astronomy (Heidelberg, West Germany), is located in the center of the galaxy NGC 1277, in the constellation Perseus, 220 million light years.

“It’s one of the biggest black holes have been observed so far and hundreds of times greater than we estimated for a galaxy of this size,” said the Dutch astronomer Remco van den Bosch, who led the research.

BREAKING THE RULES OF THE COSMOS
Scientists believe that most galaxies, including the Milky Way, contain within it a supermassive black hole, and so far have found about ninety candidates could be.

According to this hypothesis, the mass of such black holes represents about 0.1% of the total mass of the stellar bulge of its host galaxy, ie, the core group of stars that comprise it.

However, open hole mass by Remco van den Bosch and his team representing 14% of the total mass of the bulb galactic, 3 points more massive than the hole heretofore described.

Is a rarity
The tiny galaxy, whose mass is only one-tenth of our Milky Way, “is a rarity” because “most of it is a black hole and could be the first object in a new type of galaxy systems-black hole” said meanwhile Karl Gebhardt of the University of Texas (USA).

“Most of these stars are strongly influenced by the severity of the black hole, which makes it very compact galaxy,” said Van den Bosch, who believes that this finding “could change theories about how galaxies form and evolve. “