4 Coolest Ways to Use Google Now

4 Coolest Ways to Use Google Now

Anyone who would use and sell electronics has some sort of a digital assistant on their phones to make daily tasks become more manageable. For Android users, using Google Now makes all the difference in managing everyday tasks. Google Now is one of the most effective and smart personal digital assistants out there. But a majority of users only thinks Google Now is just great for web queries and setting up reminders and tasks. Little did they know that Google Now has a great deal more useful tricks up its sleeve that can make life a lot easier. Here are four cooler ways to use Google Now. 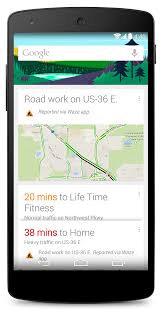