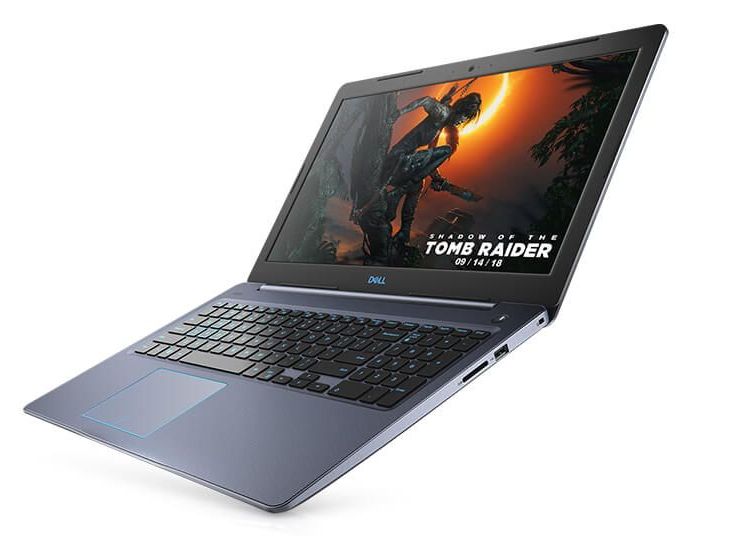 There has been an obvious upsurge in the demand for gaming laptops in the past couple of years. As such, many stores that sell laptop units and accessories have been offering special promos for gaming devices. Manufacturers have been designing gaming laptops that are as light and as powerful as possible.

The problem is that most of these laptops are very expensive. Thankfully, some companies have also been offering some great line-ups of competent yet budget-friendly gaming laptops. Among the best right now is the Dell G3 15.

This 15-inch Dell gaming laptop has matte curves. The blue, glossy Dell logo is placed in the middle of its cover. Apart from the G3 logo on the left hinge, the G3 15 has no additional branding. Even with its size and weight (5.2 pounds), the G3 15 is the most portable entry-level gaming laptop in its category.

Display-wise, the G3 15 has a 15.6-inch screen with 1920x1080p resolution. Its brightness level falls below the entry-level average for gaming laptops. However, the screen is still brighter than most of its competition. You need to manually tweak the lighting setting if you find a game dark or shadowed.

The G3 15 has a futuristic-slash-minimalist design, but its keyboard is pretty standard. Though it has a number pad and a blue backlight, it’s still mediocre compared to other gaming laptops. That said, the keys are able to capture all of the Windows 10 gestures. Also, the laptop’s touchpad is soft and responsive.

Unlike productivity notebooks, gaming laptops require more than your standard audio system. The speakers of the G3 15 are pretty decent. At full volume, they are loud enough to fill a medium-size room with deafening music. The only major drawback to the audio is that the bass is quite insufficient.

For a gaming laptop, the battery life of the G3 15 is quite impressive. Fully charged, it can go over six hours of uninterrupted use.