The Future of Apple Devices: Wireless Charging Between MacBooks and iPhones 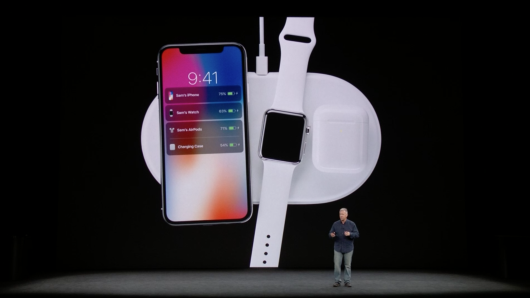 The Future of Apple Devices: Wireless Charging Between MacBooks and iPhones

Apple has submitted an application to the US Patent and Trademark Office for a new wireless charging technology between electronic devices. If the Cupertino-based tech giant pushes through with this idea, in the near future, your Apple devices, MacBooks and iPhones included, might be able to charge each other wirelessly.

The application describes a way for two devices to share power wirelessly between them. Through this technology, an iPad, for instance, would be able to recharge from an iPhone’s battery.

People could easily transfer power from devices they aren’t going to use to the ones they need to use more frequently. This way, they also wouldn’t have to carry so many chargers and cables around with them. Not to mention, they don’t have to scramble to find a power outlet whenever their batteries are running low.

Apple’s new technology revolves around inductive coils, which makes wireless charging between two devices possible. Instead of just using these coils in a device to receive a charge, like the existing wireless charging tech, Apple suggests that the same coils could be used for transmitting power.

Illustrations presented in the patent application show how the charging process could take place. An iPhone is placed at the center of the iPad’s display, with the rear charging coil facing the tablet’s screen.  This is how the smartphone receives power from the tablet wirelessly. In certain cases, an alignment magnet can be used to optimize the charging process. It ensures that the devices assume the right orientation to make the wireless charging effective.

Other illustrations found in the patent application reveal the use of inductive coils in a MacBook. It displayed how the coils could be positioned on the trackpad of each side of the laptop. With multiple coils attached to a larger device, it should be able to recharge several smaller mobile gadgets.

Using this new wireless charging technology, Apple users would be able to recharge all their devices simultaneously. But only one of their devices needs to be plugged into an outlet. For instance, they can connect their MacBook to its charger. They can then stack their iPhones and their iPads on their laptop to receive power.

It’s important to note that Apple has existing wireless charging technologies, which are evident in the iPhone 8, iPhone X and Apple Watch. These devices are designed to receive a charge wirelessly, but they can’t transmit power. But if Apple were to add this new technology to future products, these gadgets most likely would be able to receive power but not transmit it.

Remember that Apple applies for multiple patents on a regular basis, and a lot of their submissions don’t make it to a consumer device. Though this new technology appears fascinating, it’s unclear if the world’s going to see it anytime soon. So, don’t sell MacBook units yet. It might be a while before we see this new line of products on the market.