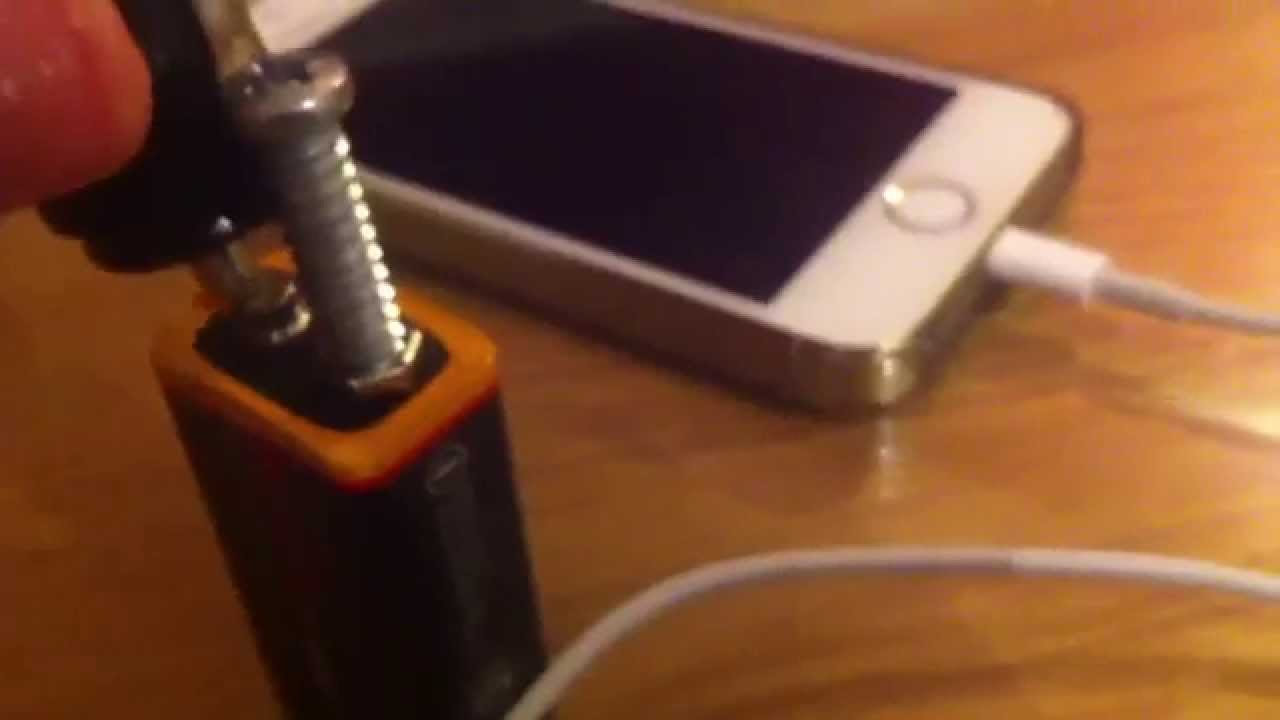 Good news not only for smartphone users, but also for businesses that sell cell phones — you can use a 9-volt battery to charge your phone.

A 9-volt battery can give your phone just enough life to be used for a single call or a few texts. This feature is particularly useful in cases where you have no viable power source, like when you’re stuck in a storm or any other emergency situation.

You have to use a car charger – the one you plug into the cigarette lighter in any car. You can use a metal pen spring to tape the metal nub on the side of the charger, or a key to activate the charger.

Hold it in place for a few minutes, and voila! Your iPhone or Android is charged.

You want to make sure that everything is well-connected – the spring should be touching the car charger’s nub, with the car charger button pressed in. If any parts aren’t connected the right way, it won’t work. You can use a piece of aluminum foil to keep these parts in place.

How Much Charge is in a 9-Volt Battery?

While a typical 9-volt battery only has 500 milliAmpere hours (mAh), most cell phones now need thousands of mAh to be fully charged.

What you can get from a 9-volt battery can be enough to call 911, text your parents, or ask for emergency assistance. But while you gain a little bit of charge from the battery, getting to a full charge this way is not the most practical (and safest) solution if you have available power.

Of course, it helps to have this backup plan, especially when you’re preparing for a disaster like a looming storm. Keep several 9-volt batteries stashed in the house and make sure you have a pen with a spring inside. If you have a big portable battery, that’s an even better option. Just make sure it’s charged before the powers go out.

Is Charging with a 9-Volt Battery Safe?

The big question: Is it safe for your device?

Yes. The car charger can regulate how much current goes into the phone, which means it allows only 5 volts to charge.

But experts advise that this method should only be used for emergency purposes. The method could short the battery and cause an explosion, damaging your phone and risking injury on yourself.

So the next time you find yourself in a pinch with a dead cell phone, remember that you can use this ingenious technique to put a bit of charge into your device. Keep in mind though, that a quick 9-volt battery charge should only be used in very dire situations when you have no other power source.