Lenovo Does the Unthinkable with the Thinkpad X1 Fold 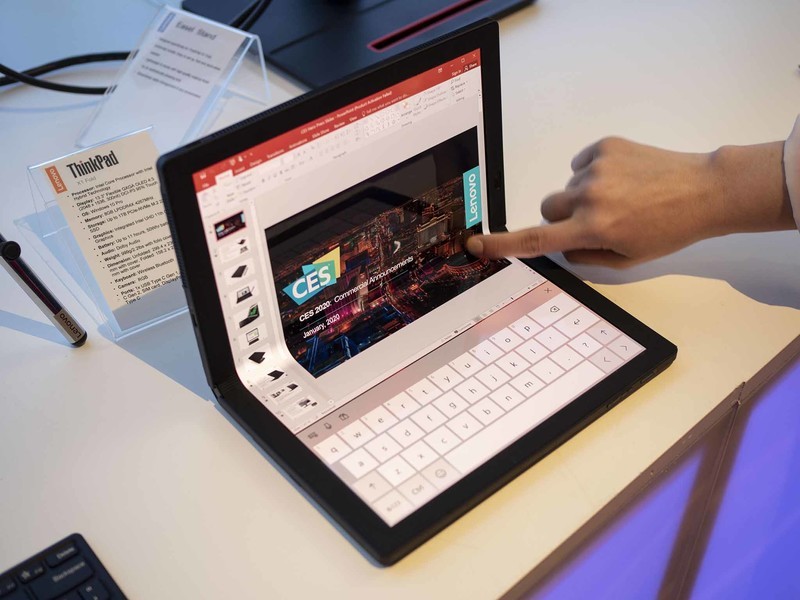 Lenovo Does the Unthinkable with the Thinkpad X1 Fold

Foldable cellphones were all the rage in the past, and now there are foldable laptops too. In 2019, Lenovo briefly showed off what they called the world’s first foldable personal computer. The Thinkpad X1 Fold is set to be sold in the market by the middle of the year, so now’s the right time to save cash for a new laptop because this isn’t just any kind of computer.

Research on user behavior regarding technology suggests that because users often switch from tablets and phones to computers and laptops, they usually bring so much whenever they go out. Users are now looking for alternative devices capable of doing almost everything, and Lenovo heard them. This led to the creation of the Thinkpad X1 Fold: a laptop, tablet, and a phone in one depending on how it’s folded.

When left unfolded and supported with its built-in leather kickstand, the 13.3-inch screen looks like a normal laptop when it’s connected to the keyboard. Fold the laptop width-wise and you’ll have a smaller clamshell type laptop, with the screen itself functioning as a keyboard. It’s dynamic and responsive; what’s displayed will change depending on how the laptop is folded.

The screen responds very well to touch and stylus pens, but if you’re more comfortable with a keyboard, Lenovo also created one specifically for this laptop. The Bluetooth keyboard magnetically connects to the laptop, replacing the on-screen keyboard that pops out when the laptop is folded. The laptop automatically charges the Bluetooth keyboard once it’s docked onto it.

The best thing about the X1 Fold is its flexibility. When folded, it can easily be carried and put inside your bag. Having a small laptop is very convenient, but it’s not something you’ll want to use forever. Unfold the X1 to its full size, connect it to the keyboard, and you’ll have a full-size laptop in front of you. It even comes with a built-in leather stand while it’s propped up to look and feel like a regular PC. For something that takes the space in your bag as much as a hardcover book would, the X1 is pretty versatile and is capable of doing so much.

With the Lenovo Thinkpad X1 Fold, people are starting to see the beginning of flexible screens becoming mainstream. Companies are slowly adapting and learning from popular foldable devices such as the Samsung Galaxy Fold phone, which works the same way as the X1 Fold.

Lenovo hasn’t disclosed all of the details of the Thinkpad X1 Fold, but they’ve announced that it will retail at around $2,500—which is a lot for a laptop, but it’s also one of the first of its kind. Lenovo certainly put a lot of thought into this device. If you want to know what the future of computers will look like, you might want to visit the nearest Lenovo store to see what the Thinkpad X1 Fold is all about.