4th Of July: How To Watch The Independence Day Fireworks At Home?

Due to the pandemic, many states have cancelled the firework show, but check these ideas to celebrate it digitally. 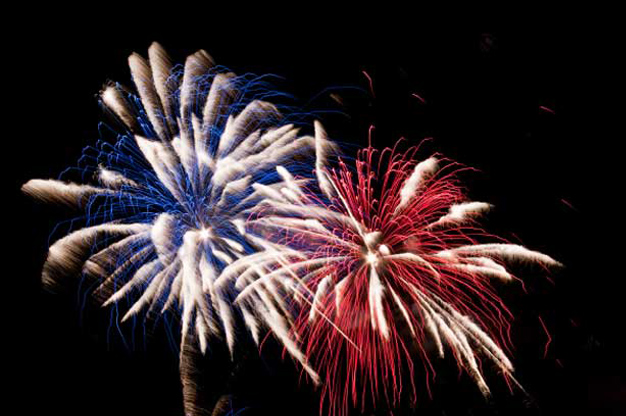 4th Of July: How To Watch The Independence Day Fireworks At Home?

Due to the pandemic, many states have cancelled the firework show, but check these ideas to celebrate it digitally.

Today 4th July is the independence day in the United States. Is a day to commemorate the founder’s decision to rebel against King George III and declare their independence in 1776. However, the declaration of Independence was issued initially on July the second but is celebrated every fourth July.

In past years, every citizen of the USA dressed in red, white and blue to represent the flag colors and made some barbecue with friends and shot off  fireworks. This year, with the coronavirus, the scenario will be different. In some states fireworks are cancelled and in others not, like the case of Macy’s fourth July. The latter will be held but the location and time won’t be revealed to avoid crow due to the health crisis.

However, we are going to give you ideas on how to watch the fireworks from home digitally. Whether, you can see the streaming online from your backyard ,your computer with VR headset, phone or using apps to keep the Independence Day spirit alive.

The local news station will show on saturday night fireworks to celebrate America’s 244 years of Independence.

You can stream past fireworks shows online. Also, you can check Youtube to stream a lot of pyrotechnics styles, not only dedicated to Independence’s day.  You can check those videos here which have a wide options of these colorful fireworks around the globe and it is updated very frequently.

The famous app Snapchat has a special Fourth July lens on the disappearing messages platform for the weekend. The background will be popping with red color, white color and blue. Other apps like Facebook and Instagram also celebrate the american independence day with festive and thematic adds-on in Stories.

We present you the Freedom Fire app made for Android and IOS devices. The app promess to bring you the fireworks where you are. You just need to point where you want to see the fireworks show, select one of the options of fireworks that they have such as “Purple Rain” with the Americans flags lighting the sky.

It is a free app for smartphones and you can watch the 4th july show. The Total AR app will stream the grand finale in the app starting at 9p.m ET.

If you have a pair of Virtual Reality headset, we recommend you to check the Youtube Virtual Reality app. You will find past livestream fireworks shows with an amazing view. You can choose any video with a 360 degree view with the VR headset or if you don’t have a VR headset, you can still enjoy and watch the 360 videos on your phone or computer.

A different Fourth July, eh? We hope you keep the festive day with these digital ideas despite the health crisis . Also,if  you have recently find out that you have some electronic devices such as laptops, smartphones, gaming consoles, iphones you can trade in electronics for cash.