Convertible 2-in-1 laptop with a gaming focus. 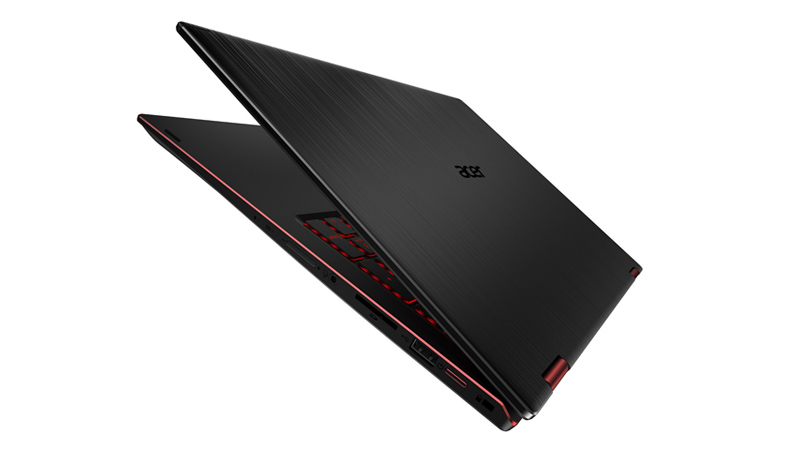 Convertible 2-in-1 laptop with a gaming focus.

Never thought it’s possible to have a convertible 2-in-1 touchscreen multimedia laptop that has gaming capabilities? Well, Acer Nitro 5 Spin is here to prove you wrong. This device aims to break common stereotypes about gaming laptops. It’s flexible, powerful, and portable at the same time. For these reasons, the Acer Nitro 5 Spin is one of the best 2 in 1 gaming laptops. Below, we take a closer look at its specifications and key features. Looking for the best gaming laptop under 500$? Read our recent article.

The $1,099 option comes with Intel® Core™ i7-9750H processor Hexa-core 2.60 GHz, NVIDIA® GeForce RTX™ 2060 with 6 GB dedicated memory, 16GB of RAM, and 512 GB SSD. The specifications on both ends of the spectrum are more than enough to enjoy most of the latest games at reasonable graphics settings.

The Acer Nitro 5 Spin would certainly look appealing to gamers, as well as business and casual users, thanks to its eye-catching design. There are red accents on the keyboard, backlight, trackpad and the top rear bar.The sleek frame with metallic red finish looks quite exquisite.

The device boasts plenty of ports. On the right side of the keyboard, there’s a USB 2.0 port, an SD card reader, a headset jack, a secure lock slot and buttons for power and volume. On the left side, you’ll find a pair of USB 3.0 ports, a USB Type-C port, full HDMI and a DC jack. There’s no Gigabit Ethernet port. Instead, Acer is using its ExoAmp antenna and 2×2 MU-MIMO wireless tech for a stable wireless signal.

At merely 5lbs, Acer Nitro 5 Spin is quite portable, though some people might find it too large to be used as a convertible. The keyboard is comfortable to use and certainly grabs attention with the red lettering and the red sides of the keys. It also features the red WASD keys for gamers.

The Acer Nitro 5 Spin comes with a reflective 15.6-inch IPS touch display that has an FHD resolution of 1920×1080 pixels. Whether browsing through pictures, watching movies, or playing games, color reproduction seems to be quite accurate. The panel has a glossy finish for better color quality. However, that also means that this laptop might be challenging to use outdoors. As mentioned before, this device is equipped with an easy-to-use multi-touch display.

Gaming laptops, in general, are known for their mediocre battery life. Acer promises up to 8 hours of battery life, which is quite impressive for a gaming laptop. All in all, the Nitro 5 has a solid battery life to support the games you can play on it.

Acer added pen functionality with the optional $49.99 Active Stylus. This feature complements the laptop’s versatility quite nicely. Acer Nitro 5 Spin also features a fingerprint scanner in the top left corner of the touchpad. It’s Windows Hello-compatible if you wish to add an extra level of security.

There are two stereo speakers positioned on the left and right. The sound comes out above the keyboard, as well as at the back, which becomes the front in tablet mode.

Acer Nitro 5 Spin is solid laptop that attempted an ambitious task of being both a gaming device and a convertible 2-in-1 hybrid for everyday use. It might not be able to handle the most demanding modern games on the market, but it still packs a punch. If you’re looking for a laptop that can transition from a laptop to a tablet to a presentation mode and can also play games, Nitro 5 Spin is a good choice. Have a used Acer laptop on your hands? Do Acer trade in with Gadget Salvation!