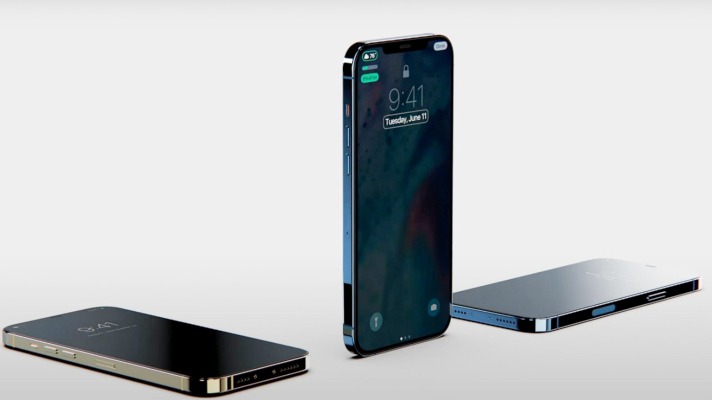 It seems like Apple launched their flagship iPhone 12 just a few months ago, but we are now eagerly anticipating the iPhone 13 release. Sure enough, there are plenty of rumors floating around the next iPhone, but is there any truth to them all?

In this post we will be looking at the most commonly emerging rumors. And speculating about potential tweaks and features we think the new iPhone should have. So, let us indulge.

While we really really hope for a total revamp, it does not look like the 2021 iPhone will be getting any major appearance updates. In fact, it is rumored that the new iPhone is going to be similar to its 2020 predecessor. It will feature the base, the Pro and the Max Pro models. And just like with the iPhone 12 Mini, we are expecting to get the Mini version of the 2021 release as well. Some speculate that the iPhone 13 line won’t have a charging port, and will rely on wireless charging only, but that seems unlikely. Plus, Apple is bound to piss off the whole army of customers by pulling off such a bold update. Or a downgrade, depends on how you look at it.

Another thing we expect the new iPhone to get is a narrower notch or maybe even a fully notch-less display? (Fingers crossed.) There are several leaked mockup photos are circulating on the Internet to date, here is one of them:

As we have noted, the rumored iPhone 13 will most likely come in exact same size configurations as the iPhone 12 models:

The main feature everyone seems to be expecting is a wide-angle lens improvement. Right now, the iPhone 12 has a f2.4 aperture, but there are some rather compelling arguments on Macrumors floating around about the new iPhone 13 having the f1.8 wider lens. Is it going to be an upgrade for all new iPhones or only the Pro version, remains unclear.

The new iPhone we are calling an “iPhone 13” for the purposes of this article, may not be called that after all. There is a good chance that the next generation of iPhones might be the 12S release instead. We suppose we will know the exact name closer to the reveal date sometime in September of 2021.

LiDAR (Light Detection and Ranging) was first introduced on the iPhone 12 Pro and iPhone 12 Pro Max models in 2020, but we expect that the entire 2021 lineup will feature this scanner technology.

If true, LiDAR would be a great and handy addition, as it improves auto focus in low-light settings as well as offers better augmented reality (AR) quality.

Some speculate that the new iPhone might have an always-on screen lock. With it, you could see the battery life indicator, the clock and notifications.

As to screen size options, as we noted above, no changes are expected there. Which leaves us with the same 5.4, 6.1 and 6.7-inch options we all used to by now. What would be a welcomed update is a 120Hz display panel. Higher refresh rate provides for a better scrolling and tapping experience and overall, it makes the touch digitizer much more responsive, compared to 60Hz panels iPhones have now. Although, a higher refresh rate will compromise battery life. Apple already promised a 120Hz screen on their iPhone 12 models, but then the feature was rolled back. We will just have to wait and see what happens with the next release.

Of course, we care about overall appearance and color selection just as much as the specs and upgrades. We are expecting the Space Gray to make its way back into the next iPhone lineup, although, in a new matte black shade, somewhat akin to the Samsung Galaxy S21 Ultra phone.

The other color options might include bronze and apparently orange versions. One of the exciting features discussed online is adding a better fingerprint resistant coating to the stainless steel bezel, as many iPhone 12 users complain about how smudgy the sides of the phone can become.

iPhone 13 is to Get a Bigger Battery

As we know, iPhone 12 models can go on for quite a bit on a single charge, yielding about 15-17 hours of video playback. Yet, there are better performing smartphones out there. Samsung Galaxy S21 is one of them. In reality, Apple iPhone batteries have significantly lower capacity and are small in size. The only reason they hold up pretty well is because of- Apple processors efficiency and better optimized iOS. Now, a bigger battery can offer even greater yield. Let’s hope there is some truth to this.

Many exciting features are being discussed and anticipated, although, at this stage, we don’t even know the exact name of the future iPhone lineup. Meanwhile, if for whatever reason you are no longer interested in upgrading your iPhone, feel free to check it’s current reselling value at Gadget Salvation. We make used iPhone trade in process easy, safe and quick, with several electronic payment options to choose from.