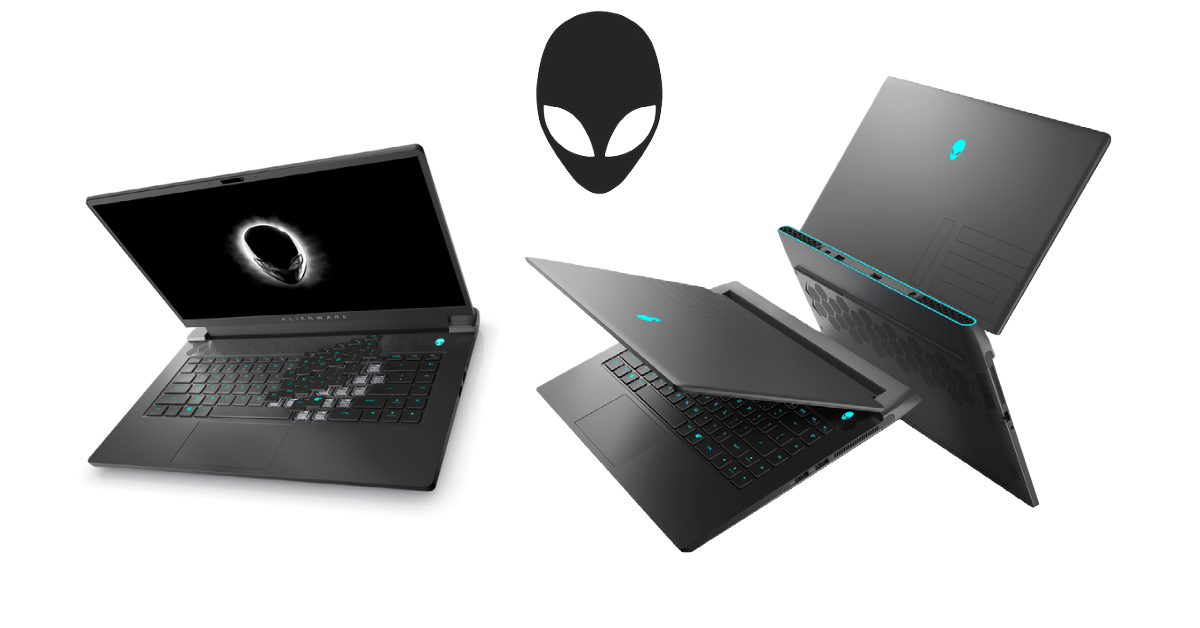 Dell has released the latest of their Alienware m15 gaming series: Alienware m15 R6. As expected, the laptop has a lot to offer. The model is packed with the latest top-of-the-line hardware and offers higher refresh rates.

Shoppers can choose from the following:

How Dell managed to pack all this powerful hardware in such a narrow and lightweight frame is next-level engineering with a dash of sorcery. Looks-wise, the new Alienware m15 R6 is almost identical to the previous versions in that it is a very minimal-looking gaming computer with traditional Alien elements. But it is much thinner and relatively lightweight (less than 6 pounds). Compared to the Alienware Area 51m R2 model, m15 R6 looks almost like an ultrabook. For the price, the Alienware m15 R6 does feel a bit plasticky, though. Dell definitely could implement more durable and lightweight aluminum materials here.

The chassis in this model is a bit darker. It is also stain-resistant. And we have to say: the new model looks very smooth and nearly seamless. The LED lighting system is fully customizable via the AlienFX app and offers a wide range of RGB effects to choose from.

When Dell says they engineered the new Alienware m15 R6 cooling system, they don’t exaggerate. Cryo-Tech Cooling Technology used here supports a consistent performance even during the most intense gaming. As a result, both GPU and CPU will not heat above 80 degrees when playing titles like Apex Legends. The only downside is that the fans still get pretty loud, even though the device stays cool.

Dell also enables Alienware m15 R6 users to control the temperature directly by managing the processor’s maximum temperature limit. It can be set in BIOS through the TCC Offset.

Should You Buy the New Alienware m15 R6?

Without a doubt, the model is among the most powerful gaming laptops money can buy on the market today. But keep in mind that Dell refreshes their lines pretty frequently, so in a few short months, expect to see a newer and better m15 being offered. And if you want to experience the ultimate gaming performance, you should probably invest in the more expensive RTX 3080-based configuration. While Dell does offer a 1080p 165Hz display with their RTX 3060 and RTX 3070 models, which is more than enough to play most AAA games, DOTA 2 fans, for example, will qualitatively benefit from the RTX 3080 + 360Hz combo.

Practice shows that gaming laptops, just like any other computer, drop in price significantly mere months after the release. If you are one of those gamers who have to have the best and the latest, prepare to see your earlier model, even though still very much recent, costing a fraction of the price you paid initially. So it is best to move quickly and sell your used Alienware laptop now if you are going to buy yourself one of the m15 R6 models. The longer you wait, the less money you will get in return.

The Alienware m15 R6 packs an insane amount of power in a slim case. Some would even say it blows the previous Alienware m15 R5 Ryzen version, released in April, out of the water. Besides, you can get the base model for as low as $1199.99 with the early Black Friday promo offer. And for the premium quality it offers, we say it is well worth the money. Lastly, if you are upgrading, but don’t know what to do with your older, still perfectly working (or not) laptop, check its current resale price on Gadget Salvation!