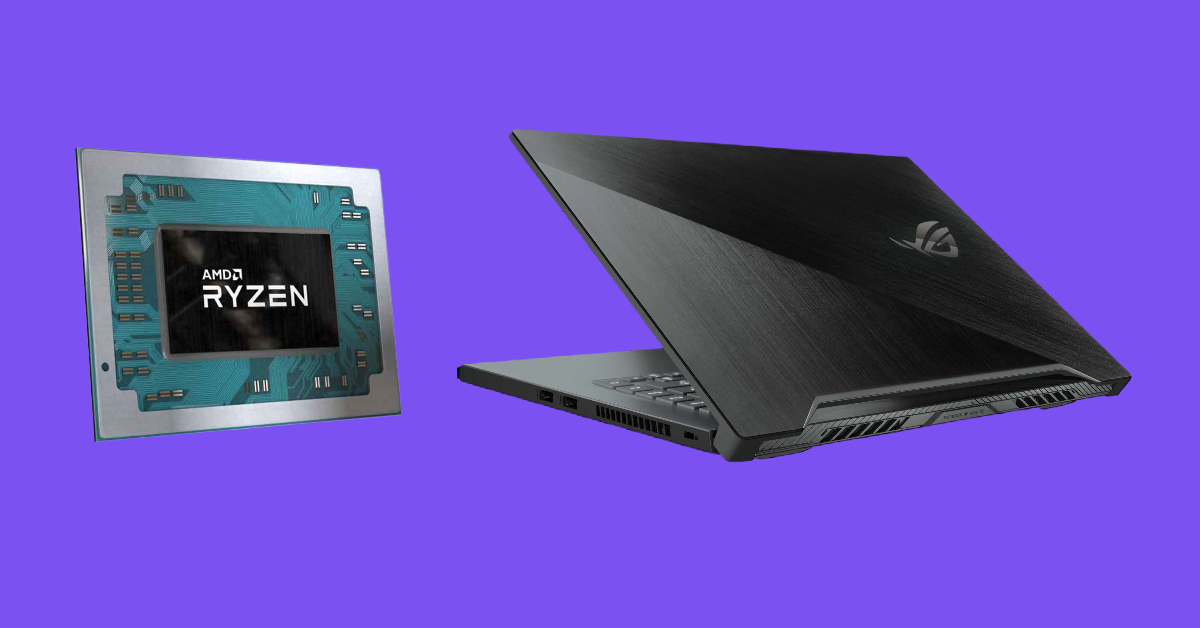 In need of a new computer? If so, we say look into an AMD-based one. AMD Ryzen 7 laptops, in particular, are highly popular amongst users and are considered to be some of the best.

The latest AMD processors are built for multitasking and efficient performance. And the Ryzen 7 series CPUs are the better-performing ones, just behind the Ryzen 9 lineup. As a result, AMD Ryzen-based computers are suitable for work, school, and gaming.

This article will explain why notebooks with AMD Ryzen 7 processors are some of the best ones out there. And we give you a few examples of the best AMD Ryzen 7 laptops with high quality that are worth the money. Let’s see more of that below.

What Are the AMD Ryzen 7 CPU Advantages?

Intel and AMD are lifelong rivals. PC users often wonder if the AMD Ryzen 7 is faster than the Intel Core i7. And while both CPU manufacturers have strong support, let’s look at some data.

As mentioned above, Ryzen 7 is a high-performing CPU line, even suitable for casual gaming. And looking at the number of cores, the AMD Ryzen 7 should often outperform Intel. It also offers a higher cache memory. For example, AMD Ryzen 7 series are eight-core processors believed best for rendering purposes. These CPUs come with 16 threads and can execute multiple programs simultaneously. In addition, Ryzen 7 provides clock speeds ranging from 3.0 GHz to 4.4 GHz and L3 cache size for faster instructions.

In other words, the more cores your CPU has, the faster it is. This means you can run simultaneous apps without a lag and expect a smooth overall system performance. Thus, AMD Ryzen 7 laptops are perfect for CAD applications, 3D rendering, video editing, etc. In addition, AMD processors come with Radeon Vega series graphics to provide high-resolution images and great frame rates.

Here are a few of the best ones, in our opinion.

We think that the ASUS ROG Strix G15 is one of the best AMD Ryzen 7 laptops out there. It offers a lightweight design and comes with high-performing hardware components.

ROG Strix G15 is a gaming model. And several configurations of the line are powered by the AMD Ryzen 7 5800H processor that can clock up to 4.4 GHz. Without a doubt, this line is one of the best AMD Ryzen 7 based laptops for work and school. But thanks to the NVIDIA GeForce RTX 30-series graphics, you can play AAA titles on it.

The Lenovo Legion 5 series are among the first ones to offer AMD Ryzen processors. Current models come with Ryzen 7 5900H eight-core CPU, clocking at a 3.2 GHz base frequency. And thanks to the Turbo Boost technology, it can reach 4.4 GHz speeds. As a result, the Legion 5 can handle heavy tasks like video editing, image processing, etc. In addition, you can play the latest games, like Battlefield and Witcher 3, on high graphics settings while maintaining a smooth framerate.

While AMD Ryzen 7 processors are fast and very capable, Intel-based computers dominate the second-hand tech market. This means a preowned computer with an Intel Core i7 processor has a higher resale value than a comparable AMD Ryzen 7 one. But given that AMD Ryzen series CPUs are still relatively new, we think the resale market is likely to shift more in favor of the latter.

For example, a used Microsoft Surface Laptop 4 15-inch AMD Ryzen 7 based can be resold for up to $714 online.* While the identical Intel Core i7 based model yields a slightly higher $728 offer.*

AMD Ryzen 7 laptops are some of the best ones on the market today. So, if you need a notebook that can handle power-consuming workloads and is suitable for gaming, prioritize AMD Ryzen 7 models. Besides, they are usually more affordable than their Intel Core i7 counterparts but are just as capable.