Lenovo Legion has refreshed its gaming laptop line with the best AMD processor and the newest Nvidia GPU. 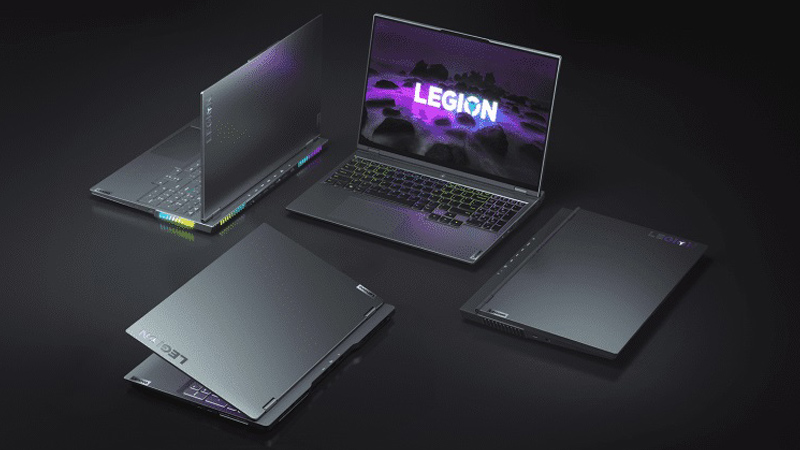 Lenovo Legion has refreshed its gaming laptop line with the best AMD processor and the newest Nvidia GPU.

At the online event of CES 2021, Lenovo presented its overhaul for the Legion gaming laptop line, which are the Lenovo Legion 7, Legion 7 Slim, Legion 5 15-inch, Legion 5 17-inch and Lenovo 5 PRO. All these devices come with the latest AMD processor and Nvidia graphic card, which combine potent hardware with stylish design, making it suitable for gaming and working.

Below, we have spotlight the specs, cost and date of release for the Lenovo’s new Legion line of gaming laptops in the United States.

According to the press release of Lenovo, the new Legion lineup uses Artificial Intelligence (AI) to help alternate the unused power from the CPU and CPU or vice versa, to increase the device performance. Also, users can enjoy elevating the gameplay settings and the frame rates to pro levels for triple A games, due to the integrated machine learning. In addition, the newest Legion line comes with Legion Coldfront 3.0 thermals, which increase the airflow of up 18% in order to properly manage the heat and noise generated by the impressive raw processing power.

Furthermore, Lenovo Legion’s new 2021 laptops comes with AMD’s latest next generation Ryzen 5000 H-series processor, for remarkable performance; and Nvidia’s next generation RTX GPUs, including GeForce RTX 3000 series mobile GPUs, for stunning graphics. What’s more, the Harman speakers are optimized with Nahimic Audio by SteelSeries for a 7.1 surround sound gaming when combining with a headset or external speakers for 5.1.

To sum up, if you combine artificial intelligence, learning machines, AMD Ryzen processor and next level RTX GPU of Nvidia, it results in an extraordinary performance gaming laptop with immersive graphics.

Lenovo flagship for the Legion lineup 2021, is the Lenovo Legion 7. This model has a modern design with a premium look for a gaming laptop. It has a large 16-inch display, QHD high-resolution, 165Hz refresh rate and 16:10 aspect ratio. It supports Dolby Vision, for immersive picture quality and Nvidia G-Sync technologies.

What’s more, the Legion 7 is one of the brightest screens on a notebook. It has 500 nits of brightness, supports 100% of the sRGB color space, and has a VESA display HDR 400 certifications for smooth gaming. In fact, according to Lenovo press release, “the Lenovo Legion 7, is the first laptop to be certified as a “High Gaming Performance Display” with very low light blue”.

The Legion 7 is equipped with up to eight-core Ryzen 9 processor, Nvidia next-gen RTX mobile graphic. Also, it offers up to 32GB of 3200MHz DDR4 RAM and a Solid-State Drive storage up to 2TB of M2. NVMe PCIe. Plus, it has a built-in HD webcam of 720p with E-Shutter. About connectivity, it has an optional Wi-Fi 6 Killer AX1650 for better connectivity while you are gaming. Moreover, the company states that they have improved the soft-landing switches on the keyboard with an in-house technology called “TrueStrike”. Colors available for the Legion 7 is Storm Grey color. The device has a starting price of $1,669.99 and the released date is expected on June 2021.

The brand described the Legion Slim 7, as the slimmest and lightest gaming laptop from the firm. The Legion Slim 7 offers the latest Nvidia GeForce RTX mobile GPU and next-gen AMD Ryzen 7 5900H Series CPU chip. Also, it has an option to choose a 15.6-inch screen 4K (3840 x 2160) IPS display with a refresh rate of 60Hz and 100% Adobe RGB, or opt for a faster FHD panel (1920 x 1080) with 165Hz refresh rate and 100% sRGB gamut, for incredible visuals. Both displays support the Dolby Vision.

It has a sleek and slim design without compromising its powerful performance in all metal chassis. It’s a perfect gaming laptop to take anywhere because it only weighs 4.2 lb. (1.9kg). The Legion Slim 7 is available in Storm Grey or Shadow Black colors. Also, you have the option to use a white keyboard backlight color or Corsair iCUE RGB. This model comes with Wi-Fi 6 Killer, 720p camera with a privacy shutter and Coldfront 3.0 thermals.

The Lenovo Legion 5 gaming laptop is a more affordable option rather than other new models. It will feature a currently unreleased next-gen CPU and GPU from AMD Ryzen and Nvidia GeForce RTX. It has three models, which are Legion 5 15-inch and 17-inch of the regular Legion 5, and the Legion 5 PRO, that we’ll see later. The Legion 5 series has clean lines, a minimalist chassis and two screens at your choice. (15-inch and 17-inch).

The Legion 5 with 15.6-inch offers up to an AMD Ryzen ™ 7 processor, Nvidia GeForce RTX graphics, 32GB of DDR4 memory. It has an FHD IPS display, an HD 720p webcam and measures 1.03-inch thick. The colors available for Legion 5 15.6-inch version is in Stingray White with blue backlighting, or in Phantom Blue with optional 4 zone RGB lighting. Similarly, the Legion 5 17-inch version is equipped with the same specs and measures the same as Legion 5 15.6-inch version. Lenovo mentions that the battery life is up to eight hours.

The legion 5 PRO version is a great laptop for esports games. It comes with a 16-inch QHD (2560 x 1600) IPS resolution display, a super fast 165Hz refresh rate with a 3ms response time, and 100% sRGB color gamut. The gaming laptop is packed with up to an AMD Ryzen TM7 mobile processor, Nvidia GeForce RTXTM graphics and 16GB memory card. It weighs 5.4 pounds and measures 14.01 x 10.4-inch. Also, the Legion 5 PRO comes in two colors which are “Storm Grey” and “Stingray White”. The Legion 5 PRO starting price is $999.99, and it’s expected to be launched in March 2021.

Are you ready to purchase the new Lenovo Legion equipped with the next-gen AMD Ryzen and Nvidia chips? The next generation chips are faster and more power-efficient than the existing ones. The AMD Ryzen and Nvidia graphics, ensures a powerful performance and impressive graphics. However, having the latest chips on your device are pricely. Therefore, If you are looking to upgrade to the new Lenovo Legion for example, you can Lenovo trade in for top cash at Gadget Salvation. This extra money can pay part of the funds for the new hardware.