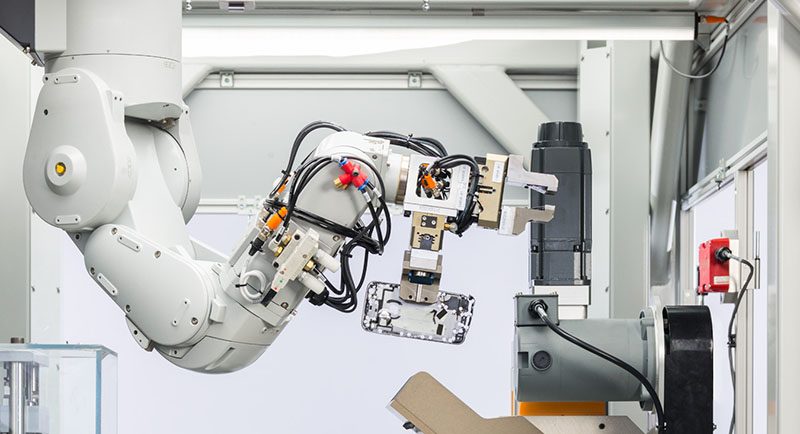 Back in 2016, 35 million tons of e-waste was reportedly dumped in landfills. This includes damaged phones, chargers, cords, and other such items. Because of this, Apple came up with a solution to recycle materials found in old and used iPhones more efficiently.

The first output of such an effort is Liam, a system of 29 individual robots with specific tasks that will ultimately recover materials within the iPhone that can be reused. According to Apple’s Vice President of Environment, Policy, and Social Initiative Lisa P. Jackson, this is a better alternative to the typical way of recycling phones. This process usually involves crushing the glass and retrieving the aluminum to sell it to the scrap market, while the remaining parts go through a shredder to recover rare earth magnets and precious metals, albeit with great difficulty. This process degrades the materials, which are then never used in electronics again. Through this new robotic system, Apple will be able to take certain parts such as the processors and reuse them in new electronic items.

Liam can disassemble up to 300 iPhones in the course of an hour but can only do so on an iPhone 6. Unlike its forerunner, Apple’s newest disassembling robot Daisy can now tear down 9 different versions of the iPhone without having to change tools as it switches from version to version. The only downside is that it can only disassemble 200 iPhones within 60 minutes. A single iPhone goes through Daisy’s four stations in roughly two minutes. But considering that it has no downtime, that’s reasonably efficient. Daisy was also notably made out of some of Liam’s old parts. It’s only fitting that it is a recycled robot built to recycle old iPhones, isn’t it?

What’s in it for them?

Liam’s and Daisy’s development is a good move by Apple in its efforts to have a closed-loop supply chain. After iPhone units have gone through Daisy, Apple’s recycling partners receive the individual parts and processes them into elements that can be used for new units. This may take years to become fully possible, but Apple has made great headway in this endeavor. In fact, it is said that using recovered materials to create new products is 13 times less costly than mining new materials. This is a significant number since the demand for materials used to manufacture lithium-ion batteries has recently increased due to the popularity of electronic products such as phones, laptops, and even cars.

Apple is one of the electronic industry’s front-runners in renewable energy and sustainable development. In fact, they have recently announced that Apple is now 100-percent powered by renewable energy all over the world both in their supply chain and physical infrastructure. Apple invests in renewables and has been purchasing green energy bonds in efforts to push boundaries and make their facilities run purely on clean energy. For a futuristic and innovative company, Apple is refreshingly intentional in its efforts to help the environment.