Waterlily Can Power Up Your Device Through Wind or Water 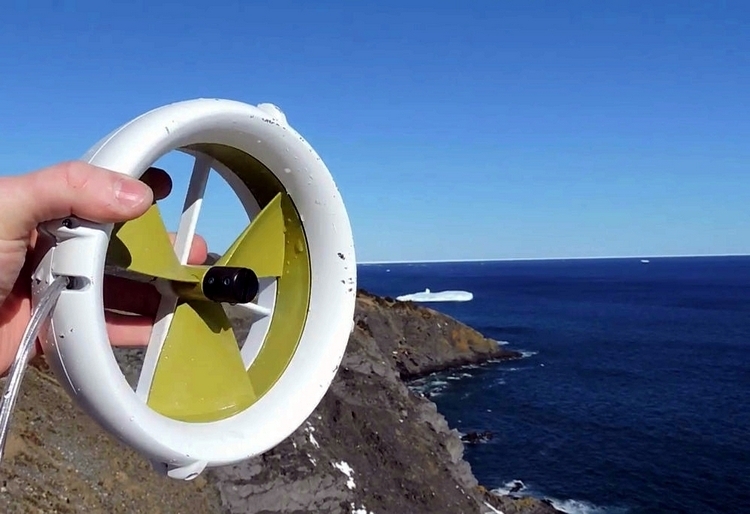 Waterlily Can Power Up Your Device Through Wind or Water

In the past decade or so, the world has seen a major upsurge in energy demand and consumption. This results in considerable capitalization of our mineral properties, which can lead to the scarcity of energy resources in the future.

Thankfully, the sun, wind and water – the top renewable energy resources – come to the rescue.

Through innovative engineering, more and more companies are producing gadgets and gizmos that use renewable energy sources. One that is making waves in the market today is the Waterlily Turbine.

People who love the outdoors often hunt for stores that sell cell-phone units and accessories for a device that can sustain their adventures. The Waterlily Micro Turbine is the one that’s getting a lot of attention right now. This portable device is developed by a team of four engineers in Seaformatics, a startup in Canada. The team deliberately opted out solar energy when they designed the product. Instead, their goal is to use ocean power to save energy.

As an alternative to solar power, the Waterlily uses wind or water energy to charge handheld devices. For it to function effectively, the Waterlily must be submerged in moving water. If there are no bodies of water around, the handheld device must be exposed to gusts of wind. Either way, the accumulated power is converted into stored electrical energy.

How the Waterlily Works

The generator needs at least 0.7 mph water speed to properly funnel energy up to 6.8 mph. Trickling streams or flowing rivers are ideal spots to use this turbine. To gather wind power, there must be at least 6.7 mph wind speed to harness energy up to 55 mph.

To get its maximum power, the water speed must be 4.5 mph and the wind speed is 45 mph. If you find a spot that brings about either of these maximum speeds, you can charge your handheld devices for only a couple of hours. If not, don’t worry, the Waterlily is resistant to ocean corrosion. You can submerge it in water for a longer period of time.

Although Seaformatics plans to make various devices compatible with the Waterlily, at the moment, it can only charge smartphones and action cameras like the GoPro. The Waterlily can charge an iPhone 7 in four hours or less. It can recharge GoPro’s portable charger for more than four hours.

The Waterlily generator comes with a 2600mAh power bank. It controls its power output. The device is only seven inches in height and three inches in width. It weighs under two pounds. It can easily fit in a backpack or mounted to a bike or kayak. It can be connected to any USB-compatible gadget that has the standard 12-foot cable.

If both wind and water energies are scarce, the generator comes with a hand-crank feature in case you need emergency charging. For hikers, campers and people who love to go on adventures, the Waterlily is a godsend. It’s also an ideal device for eco-conscious users and anyone who enjoys going off the grid.

The Waterlily Micro Turbine is already available for pre-orders for $99 on Seaformatic’s website. Delivery time starts this month.