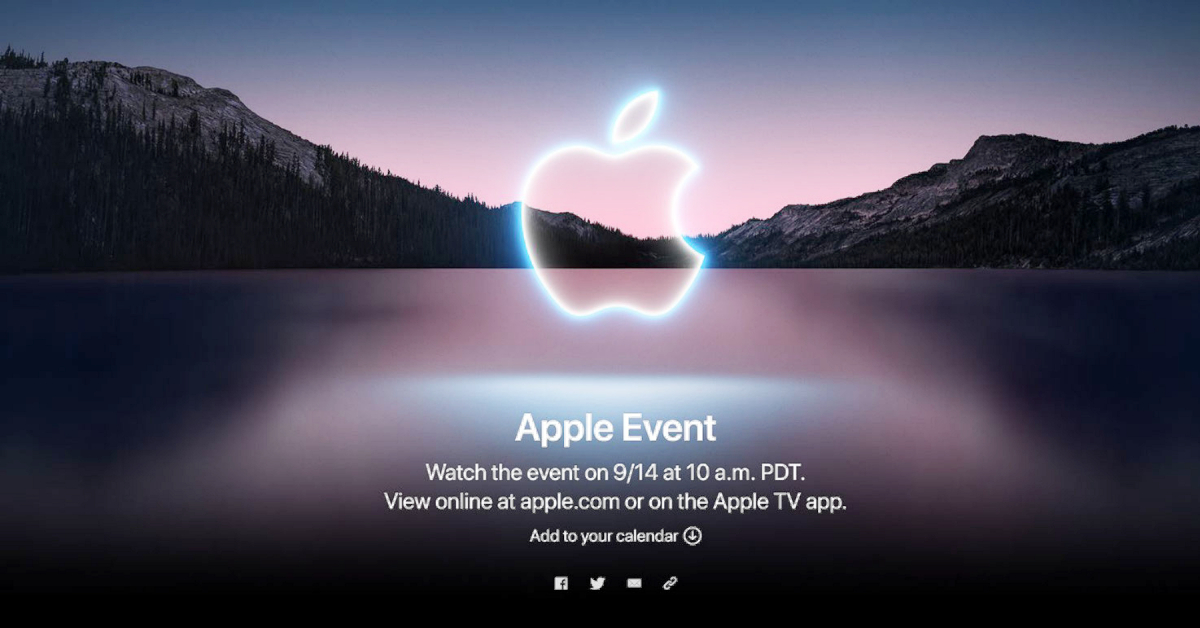 Apple event is scheduled for next Tue, Sept. 14, at 10 a.m. PDT. And that means the long-awaited Apple iPhone 13 will be announced on that day.

The internet speculated about the new iPhone release date and its features for months now, and we can finally take a glimpse at the new toy. But, even though the Apple Event is less than a week away, there is not much we could found out about the new iPhone 13 features since the last time we wrote about it.

As expected, Apple will offer their flagship iPhone 13 phone in four variations: the regular 13 model, Minie version, Pro, and Pro Max. Just like the iPhone 12 lineup released in 2020, but better.

On its release date, we hope to see the new iPhone 13 feature an updated design (a smaller notch), better cameras, improved battery life, a 120Hz display, and an A15 processor.

As far as design goes, we expect small changes without a complete makeover. So looks-wise, the new iPhone 13 will not stand out from the previous lineup, apart from a reduced in size notch (it’s still there, though):

Apple is also planning on improving the cameras, as they always do, adding a sensor stabilizer on all iPhone 13 models. Last year’s rumors also got fans excited over a 120Hz screen on iPhone 12, but that did not happen. We truly hope that Apple delivers this year.

But all of these updates were more or less confirmed to date. The only new gossip we have heard is about color selection. More specifically, Apple might be adding a new “Sunset Gold” color to the iPhone 13 lineup. We might also see a matte black (no exact name yet) and even a pink iPhone.

Will the iPhone 13 Release Date be a Virtual Event?

Yes, the Sept. 14 Apple Event is going to be a virtual one.

Apple usually holds three of those a year, starting with a spring event, then following with two more in fall. The latter would normally be scheduled for Sept, and Oct. Sept events feature iPhones and Apple Watch releases, and the Oct is dedicated to iPads and Macs.

Because of the ongoing pandemic, Apple continues to hold virtual events, keeping their Steve Jobs Theater closed for now.

Besides the new iPhone 13, we hope to see the following updated gizmos:

On the Sept. 14 iPhone 13 release date, we expect to hear more about the upcoming iOS 15. Many Apple fans could test out the Beta version already, as you no longer have to be a developer to sign up.

As it always happens, your older iPhones will become cheaper (much cheaper) as soon as Apple starts taking pre-orders. It may not be a concern for iPhone users who are upgrading, but if you have decided for whatever reason to part with your smartphone, now is the time to act.

And if you checkout now, we at Gadget Salvation will hold your offer for 30 days.

To give you an idea of how much you can sell your previous models for, here are a few examples:

But it does not mean only older iPhones will be affected by this upcoming release. Android users who plan on getting rid of their smartphones will notice some price drops as well. And considering that Samsung phones devalue much faster than iPhones, the price reduction will be significant. For example, last year’s Samsung Galaxy S20 Ultra has already become much cheaper than its iPhone 12 counterparts.

The new iPhone 13 release date is mere days away, but if you expect to see a completely redesigned phone, you will be disappointed. It seems like those times of sheer excitement over the brand new piece of technology somehow are over. So, if you want a cool foldable phone with a stylus, it is time to switch to Samsung. But whether you are going to upgrade your iPhone or go with an Android, do it as soon as possible, as every new iPhone release makes older models drop in resale value significantly.