AMD Ryzen 7 vs Intel Core i7: Which is Faster? 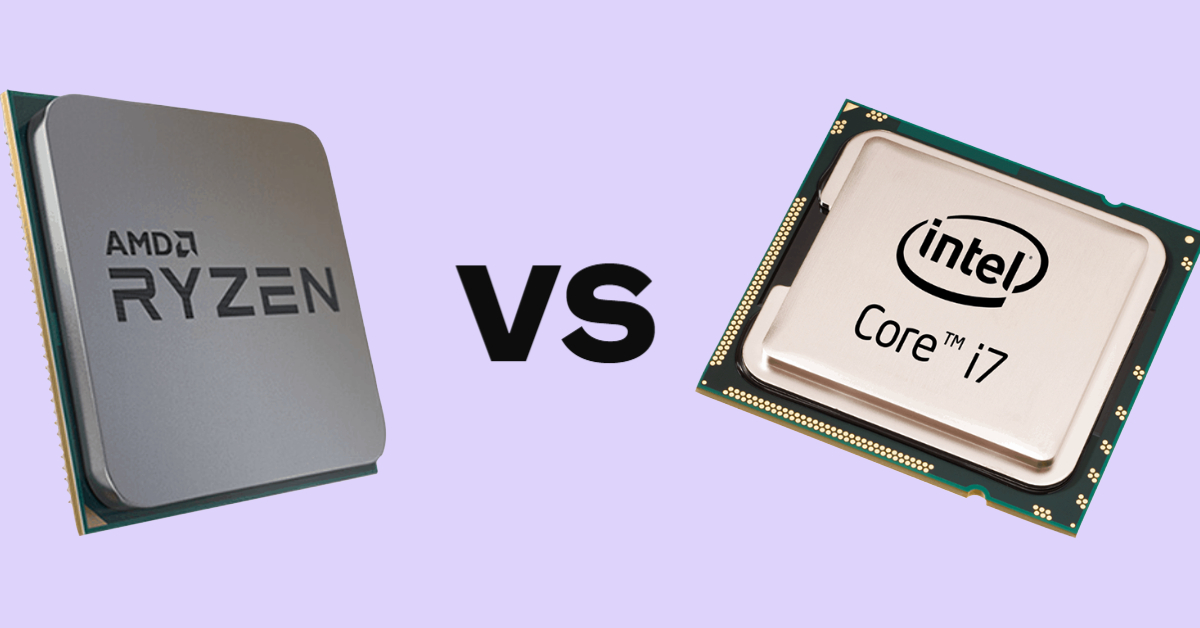 AMD Ryzen 7 vs Intel Core i7: Which is Faster?

In this AMD Ryzen 7 vs Intel Core i7 comparison review, we will start with the vital statistics. CPU benchmarks often offer an insight into how good a processor is when compared with another. But the thing with AMD Ryzen 7 and Intel Core i7 processor families is that they are almost equally matched in terms of performance. Therefore, this post goes into a few practical details on how these two processors work when you actually use them in real life.

The AMD Ryzen 7 has eight cores and so does the Intel Core i7. Both have eight cores with 16 threads. The Intel base speed is 3.6 GHz, whereas the Ryzen has 3.8 GHz. As for the Peak Boost (Dual/All Core), Intel caps at 5.0/4.6 GHz, whereas Ryzen reaches 4.7 GHz. And in terms of architecture, Intel uses Cypress Cover, while Ryzen is Zen 3. For the iGPU, Intel has the UHD Graphics 750 Xe 32EU, but the iGPU is not applicable for the Ryzen. For L3, Intel has16MB where Ryzen has 32MB.

As you can see, this doesn’t tell you a whole lot about how each CPU performs when installed on the computer. But looking at statistics, it appears that they should work about the same. Going forward, we will highlight a few differences, and how they are potentially are negligible. Fundamentally, it is no different to comparing different types of mineral water – i.e. they are far more similar than different.

How Does Each Processor Affect Battery Performance?

Power consumption on a laptop will often depend upon the following factors:

Looking at it as a processor-only basis, here is how things stack up:

The Intel Core i7 is better by some margin if you undertake simple tasks like watching a movie on your device. It seems that Intel knows how to knock it down a gear when it comes to simpler less-processor-heavy tasks. The Intel Core i7 beats AMD Ryzen 7, and in fact, even the Ryzen 5 beats it on saving battery power.

However, if you were doing something processor-heavy, then the amount of battery power used will sort of even out. The Intel Core i7 will still have a slight edge, but not by much.

When it comes to AMD Ryzen 7 vs Intel Core i7, it was a poor showing in terms of modern-gen gaming. Some newer Ryzen laptops are good for gaming, but as for these processors alone, they are not ideal for gaming without further hardware additions.

Neither of these processors is very good at running modern games. They will both perform adequately with the older sorts of games you find on websites like GOG. They are also especially good at running mobile/freemium games where high graphics are not required, but where lots of processing needs to be done.

A good example of this is Fallout Shelter. In this game, the graphics are fine using both of these processors. But as you progress through the game and gain nearly 200 dwellers, many CPUs start to struggle. In the case of the AMD Ryzen 7 and Intel Core i7, both did just fine, however. Added dwellers were only demanding more processing work and did not require higher graphics.

Considering modern-gen games, these processors are not up to scratch. It takes a lot of effort to get a game like Far Cry 5, for example, to run. And even though the AMD Ryzen 7 wins out slightly with all the settings turned down, it is not worth the effort trying to play modern games banking on the processor alone. Instead, your GPU is far more important. Especially if you are a laptop gamer, it would make sense to pick a model with NVIDIA GeForce RTX 3080 graphics, for example. RTX 3080 will give a great boost to either processor and optimize its gaming performance. And PC gamers should look into buying an NVIDIA GeForce RTX 3090 video card for their gaming rig.

Somehow the Ryzen falls behind just slightly in this case. Core/thread count and clock speeds are big factors here. Both processors should theoretically be equal, but in practice, they seem to differ.

For example, if you were using programs like Inkscape, Handbrake, and even GIMP, then Intel seems to perform ever so slightly better every time. However, if you were rendering with a processor-heavy program like Blender.org, then the Ryzen seems to get the job done a little quicker.

There are no doubt some good reasons why this is the case, but the reasons don’t matter. What matters is how these processors perform with real-world use. In the cold light of day, it seems that these two processors are equal for all but a few minor differences. So choosing between the Intel Core i7 vs AMD Ryzen 7 would ultimately depend on the line of work you do and how you use your computer day-to-day.

So is the Intel Core i7 processor faster than the AMD Ryzen 7? We cannot definitively say. For certain tasks, Ryzen 7 can outperform Intel and vice versa. But if you need a good basic computer, both will work out just fine or may even be overkill. And if you are not happy with your current device, maybe it is time to upgrade or trade up? Perhaps you should submit your used laptop for sale at Gadget Salvation? Just an idea to consider.