Mobile Workstations: Is Dell Precision 5540 Right For You?

Workstation laptops, such as Dell Precision 5540, are packed with high-end features and deliver extreme performance, but do you need one? 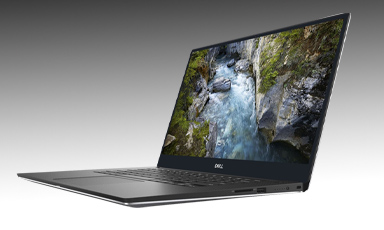 Mobile Workstations: Is Dell Precision 5540 Right For You?

Workstation laptops, such as Dell Precision 5540, are packed with high-end features and deliver extreme performance, but do you need one?

The term “mobile workstation” or “workstation laptop” might be a bit ambiguous since on the outside these machines look very similar to regular laptops. However, on the inside, they are completely different. Workstation laptops, such as Dell Precision 5540 or Lenovo workstation laptops, are designed to perform intense tasks: data analysis, video editing and rendering, 3D animation, etc. Regular laptops, on the other hand, are used for less resource-heavy tasks, such as checking emails, streaming videos, making work presentations, web browsing, etc. So, is a mobile workstation right for you? Read our guide below to find out. Also, take a look at our compilation of the best laptop brands for 2021 to find your perfect device.

What is a Workstation Laptop?

Workstation laptops, or mobile workstations, are high-end laptops designed for intense design, creative, or engineering work. So, the kinds of tasks that were previously accomplished only on large, noisy desktop PC’s worth thousands of dollars. Fortunately, the technology has advanced tremendously and now you can perform these tasks on-the-go, thanks to the exceptional level of performance of workstation laptops, like Dell Precision 5540.

Generally, the specs and classifications differ across various brands, but there are a few notable characteristics that apply to most mobile workstations.

Who Are the Workstation Laptops For?

If you’re currently looking for a new laptop or want to find a more powerful alternative to your current device, a mobile workstation, such as Dell Precision 5540, might be a good choice for you. Essentially, it depends on what you do.

Regular laptops are usually best for:

Mobile workstations are best for:

Mobile workstations boast many benefits. They also come with a higher-than-average price tag that is expected from machines of such caliber. Here are some advantages of workstation laptops, so you can decide if these computers are right for you.

Dell Precision 5540: One of the Smallest and Thinnest Mobile Workstations

Dell managed to create of the world’s smallest and thinnest mobile workstations that packs a punch despite its slim design. With up to Intel Core Processor i7-9750H, NVIDIA Quadro T1000 graphics, up to 64GB RAM, and several display options, Dell Precision 5540 is not messing around. It’s a professional tool, ideal for CAD professionals, video editors, programmers, designers, and many others.

The Precision 5540 is similar to Dell’s XPS laptops, with added workstation capabilities and certifications for creative and engineering software. The laptop looks and feels premium, thanks to the combination of carbon fibers and aluminum. The machine packs plenty of ports for all your needs. On the left side, there is the power plug, a USB Type-A 3.1 port, an HDMI connector, as well as a Thunderbolt 3 port and an audio jack. On the right side, you’ll find the battery charge button and indicators, a USB Type-A 3.1 port, and an SD card reader.

If you’re looking for a powerful laptop that looks good and can run CAD programs and 3D applications, among other things, then the Dell Precision 5540 is right for you. Plus, you can easily customize and upgrade the device to your liking. You can also use this mobile workstation for gaming. However, it’s important to keep in mind that it’s not the intended purpose of this machine.

How Much is Dell Precision 5540 Worth?

If you already own this laptop and are thinking of selling it, Gadget Salvation will help you. All you need to do is answer some questions about your device to receive an estimate, ship your laptop using prepaid UPS shipping label, and wait 48 hours for a payment. Visit our site and Dell laptop trade in for cash in the most secure and hassle-free way. We work with the PayPal, Venmo, Chase QuickPay to pay your funds within two business days from the reception of your goods.

Here are some examples of what you can receive based on the model and condition of the Precision 5540.

Mobile workstations are laptops with high-end computing features usually not found in regular notebooks.  You will get more powerful CPUs, faster graphics processors, and extra memory. Due to their advanced specs mobile workstations often weigh a bit more than standard laptops, but still remain fully portable. A workstation laptop goes above and beyond of what a regular computer can do. So, if you’re a creator, engineer, data analyst, finance professional, or a designer striving to accomplish processor-intensive tasks from anywhere, then a mobile workstation, such as Dell Precision 5540, is right for you.