What is the Best Samsung Galaxy Phone in 2022? 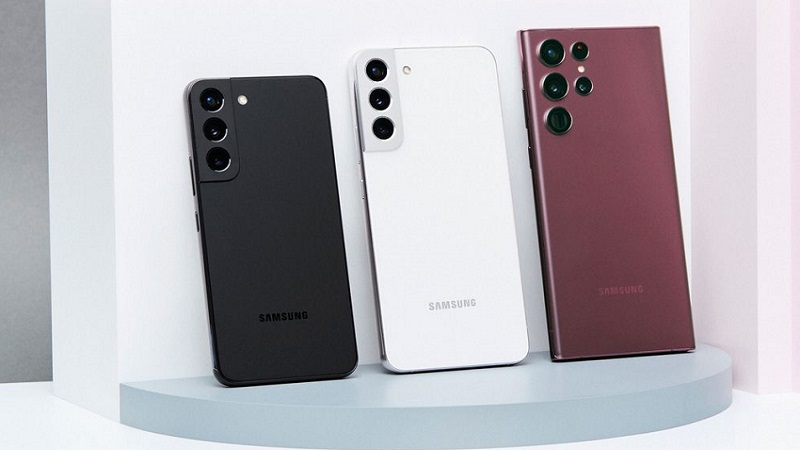 What is the Best Samsung Galaxy Phone in 2022?

The list of the best Samsung phones Android lovers can buy right now.

Samsung Galaxy phones are pretty impressive, making them one of the most serious Apple iPhone rivals. Therefore, the task of picking the best Samsung out of the wide variety of Galaxy smartphones is not an easy thing to do. Ultimately, selecting the best cellphone comes down to figuring out what kind of secs and features you need the most and how much you are willing to spend. Yet, we will try to answer the “What is the best Samsung Galaxy phone?” question in this post.

So, What is the Best Samsung Galaxy Phone?

We will focus on some of the latest models:

The Galaxy S22 series is the latest flagship lineup, including the Galaxy S22 Ultra. The phone incorporates a built-in S pen, traditionally offered in the Note series, which the Samsung will phase out. The S22 Ultra phone looks sleek and stylish. But don’t let the thin frame fool you. The Galaxy S22 Ultra is housed in the armor aluminum frame and protected by the Gorilla Glass Victus+ back. Yet, it is lighter than the iPhone 13 Pro Max.

The model comes powered by the Snapdragon 8 Gen1 processor; it has many camera upgrades (like low light performance for photography), the brightest display ever, and a faster 45W charging. But as you can imagine, the Galaxy S22 Ultra is far from cheap. The base configuration starts at $1,199, but you know you are buying the best Android phone currently available on the market.

The Galaxy S21 FE phone comes with a Snapdragon 888 processor and is very comparable to Galaxy S21 in terms of performance. It also has a 120Hz fast-refreshing display and a set of pretty great cameras. The battery is the traditional 4,500mAh, and ships with the Android 12 OS version. As for RAM and storage, with the Galaxy S21 FE, you get 6GB memory and 128GB/256GB storage options, respectively.

The Samsung Galaxy Z Fold 3 is genuinely one of the most unique smartphones on the market to date. Its foldable design with an IPX8 water-resistant rating and a stronger armor aluminum body makes it stand out. Powered by the Snapdragon 888, it comes with a whopping inner 7.6-inch display and a smaller 6.2-inch outer one. Both are 120Hz.

But one of the best things Samsung did was convince app makers to optimize their software to work with the Galaxy Z Fold 3’s foldable display. As a result, you’ll see popular apps like Spotify and TikTok now take advantage of the Z Fold 3’s unique form factor.

In addition, Galaxy Z Fold 3 also supports S Pen support. But while the main display certainly gives you a lot of real estate for sketching and taking notes, it’s a shame the stylus is an optional accessory (meaning you’ll have to pay extra for the pen and a case for it).

Lastly, the Samsung Galaxy Z Fold 3 is an expensive yet unique toy: If you are willing to spend $1,7999 on the phone, then by all means, go for it.

The Z Flip 3 was made for all those feeling nostalgic for the era of flip phones. And Samsung executed this idea rather well. Their horizontally foldable Galaxy incorporates a water-resistant design at a more affordable price of $999.

Some of the downsides of this otherwise pretty cool phone are the absence of a telephoto lens and poor battery life (just around 6 hours).

Another cool feature Samsung offers can be found in a Galaxy Z Flip 3 Bespoke Edition (starts at $1,099). The model allows you to customize its looks, making it tailored to just you. Users can choose out of 49 colors for the frame front and back panels of their Galaxy Z Flip 3 phones.

Samsung has revealed their flagship Galaxy S22 in early 2022, and Android users love it. While the S22 models did not change much looks-wise, the Galaxy Z Flip3 and Z Fold 3 phones disrupted the traditional bar-type smartphone market. Powerful performance and added variety make these Samsung Galaxy phones some of the best ones today and definitely shift the Apple vs. Samsung battle in favor of the latter.