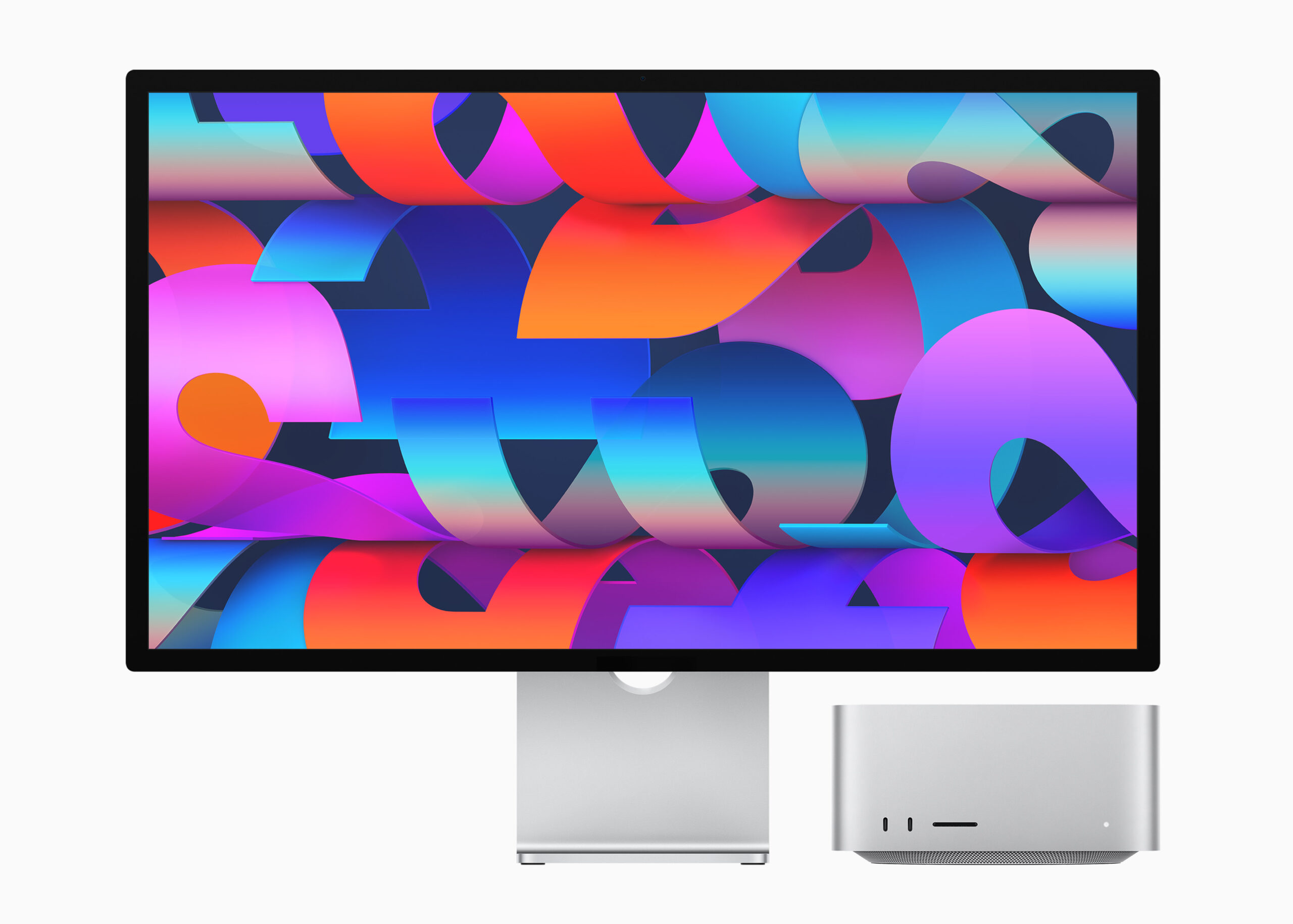 In this review, we will analyze the design, performance, connectivity, and pricing of the new Apple Mac Studio desktop flagship with the M1 Ultra processor.

Let’s have a deeper look at its features and see how the new Apple Studio M1 Ultra computer performs in real situations. In this part of With the most powerful hardware kit ever built, the new Apple Mac Studio M1 Ultra is no joke. When we think of Apple, elegance, and flexibility are the first things that come to mind. Well, the new Studio proves that you can maintain performance.

But how good is this new Studio? And most importantly, do you need such a powerful device? Let us answer these questions as we test the all-new Studio M1 Ultra.

Before we analyze everything you need to know about the new Studio M1 Ultra, it is important to have a look at its specs, as they are provided on the official Apple website. The new Studio is by far the fastest desktop Apple has ever designed. Let’s find out why:

Starting with the design, we can safely say that the Studio M1 Ultra is more of a miracle. In fact, Apple managed to fit such a powerful hardware kit in a very small and lightweight case. This was possible due to the thermal efficiency of the new M1 series CPUs.

The difference is also noticeable in the latest MacBooks that are powered with the M1 Pro and the M1 Max chipsets.

As a result, the M1 Ultra can easily fit under most PC monitors and is lightweight enough (only 7.9 pounds), allowing you to carry it without any hassle.

Performance is where the Studio M1 Ultra shines. In other words, Apple has created a pocket-sized, performance beast. With a top-notch Apple Silicon chip, a high-performance 48-core (!) GPU and the best Neural Engine on the market, the M1 Ultra doesn’t have an opponent.

If you add the 1TB SSD, this device was designed for the future of computing. The truth is that this power will rarely be used in the next few years. For example, you can render any 8K video almost half the time the M1 Max needs.

But, very few people need such a kit. The M1 Max is more than capable of handling any demanding task very quickly. Still, in, say 3 years from now, the situation will most likely be different. And the Studio M1 Ultra will be here to prove it.

In terms of connectivity, the M1 Ultra differs only slightly from the M1 Max. Both Apple mini desktops have a variety of ports that you can use for your needs. The M1 Ultra has 6 Thunderbolt 4 ports, a 10GB Ethernet, two USB-A ports, an HDMI port, and a headphone jack.

Two of the Thunderbolt 4 ports are located on the front of the device, alongside an SDXC card slot. Of course, the M1 Ultra supports the latest technologies when it comes to Bluetooth and WiFi.

With these ports, you can connect the M1 Ultra to up to 5 displays at once. The same goes for Apple and third-party accessories like a keyboard, stylus, mouse, etc. It becomes clear that the M1 Ultra has the best connectivity kit we have ever tested.

So, what’s the catch?

Well, the only downside to the device is, of course, the price. With a price tag of $3,999, the Apple Mac Studio M1 Ultra is one of the most expensive desktops on the market. Due to its high-end hardware, compact design, and perfect connectivity, this device can probably justify its price.

But, the question remains. Is it possible to buy such a device in 2022? Well, if you have allocated a budget but need a little extra to cover the amount, there is a solution. With Gadget Salvation, you can quickly turn your pre-owned electronics into cash.

From your old MacBook Pro to Microsoft tablets or last year’s smartphones, there are plenty of options on our interactive buyback platform. All you need to do is choose the category and model you’d like to sell and calculate an estimate based on its condition in real time!

Once you decide to sell, you can ship your gadget and wait for your payment. Alternatively, if you need a Mac but don’t want to spend thousands of dollars on a new one, you can browse our online store for deals on pre-owned Apple computers.

Is the Latest Mac Studio M1 Ultra for you?

There is only one question left to be answered. Is the new Mac Studio M1 Ultra the best device for you? The answer has everything to do with your needs.

Who Should Buy it?

Since the M1 Ultra is the most powerful mini-desktop on the market, it is only needed by the most demanding users. For example, this might be a necessity if your daily routine involves extreme multitasking.

At the same time, the M1 Ultra could be a smart investment for creatives who are into 8K video editing or extreme 3D graphics rendering (e.g. AutoCAD). Keep in mind that the Studio M1 Max and the best MacBook Pros can also handle the above tasks. Still, the M1 Ultra is simply faster and more effective.

Who Shouldn’t Buy it?

You shouldn’t opt for a Studio M1 Ultra if:

The Apple Mac Studio M1 Ultra is tailored to professional users who need an extremely powerful desktop. It is not only a performance wonder but also a compact device that revolutionizes the computer world.

But that’s also why it’s super expensive. So if you are not sure you’ll ever need this machine’s top-notch hardware, you probably will not. After all, the new MacBooks and Studio M1 Max will cover the needs of 99.9% of users.