Thanks to the new Apple M1 chip, 2021 MacBook laptops can now compete even with the most sophisticated PC computers when it comes to processing power. 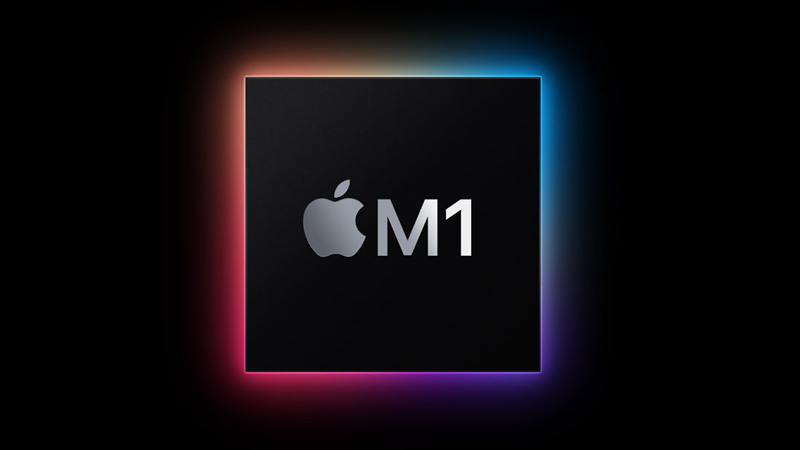 Thanks to the new Apple M1 chip, 2021 MacBook laptops can now compete even with the most sophisticated PC computers when it comes to processing power.

The chip can perform 11 trillion operations per second, which delivers twice the performance of most mid-priced PC processing chips. Apple MacBook Air was among the first models to get the M1 processor upgrade, and users report that the model performs much faster than it’s Intel based counterpart. Not sure which model of the lineup to pick? Check out our Macbook Air vs Macbook Pro M1 review.

M1 Chip is the Highest Performing Core to Date

Apple M1 chip has an integrated GPU and a unified memory architecture with neural engine. New Mac devices are so superior in performance, you might want to sell a broken MacBook, and start saving to get the new M1 chip based MacBook computer. With that said, there are some reasonably priced MacBook versions came out recently. But as expected, there is a catch: cheaper models are lacking in memory size and battery power. Still, you get a device with the Apple M1 chip, which means it can handle all of your tasks with ease, and even increase productivity.

Which Model to Buy?

The new MacBook Air is the great option, but if you are willing to spend a little more, go for the MacBook Pro or even the Mac Mini desktop. Apple states that the M1 based devices are 3.5 times faster than their Intel predecessors. They are also claiming that their 2021 MacBooks offer far better battery life. However, now that the M1 chip based models have been around for some months, there is a bit of a debate going on around Mac users in regards to battery performance.

According to Apple, M1 based devices offer about 15 hours of web surfing on full charge. This claim suggests that things like multiple Zoom meetings may no longer require you to carry a power supply around. But even if to assume the battery actually yields half of time suggested, it still exceeds previous models performance.

Apple offers M1 chip option in all of their laptops. MacBook Air with M1 is is quite a departure from its predecessor. Plus the base model now comes with 16GB RAM memory embedded. You can also configure your laptop to come with up to 2TB of storage drive. This is great, because a few years back, Apple was really pushing to store everything cloud by limiting actual laptop’s storage. Perhaps numerous Apple Cloud breaches may have taught them a lesson.

The Mac Mini with M1

So Mac Mini is here to stay. And it got the M1 processor too. New models are about 3x faster and 10% cheaper if compared to previous versions. Some speculate that this slight reduction in price is caused by the pandemic. Regardless, the new Mac Mini desktop is not cheap with its starting price of $699 plus tax for the base model.

The Apple M1 Chip is an In-House Chip

Intel is a household name when it comes to processors, and Apple has been using Intel chips exclusively for the past 15 years! In 2020, everything changed. Apple M1 is built entirely in-house: by Apple, for Apple. And if you are hoping to see it licensed for use on Windows-based PC’s, prepare to be disappointed. The M1 chip will remain exclusive to Apple devices. At least for the foreseeable future. So therein lies the catch: if you want to experience the fastest processor ever, you must switch camps.

Preowned Macs hold great reselling value, and M1 based models are no exception:

Apple M1 chip is currently the most efficient processor available, without a doubt. However, upgrading to this newest Apple invention is costly, especially if you are a PC user making the switch. But there are always options. Start with checking current reselling value of your used computer, as it can help you offset the cost of your new M1 based MacBook. There are plenty of companies that purchase used electronics. Gadget Salvation is one of them. Feel free to contact us with any questions you might have, we are happy to help!