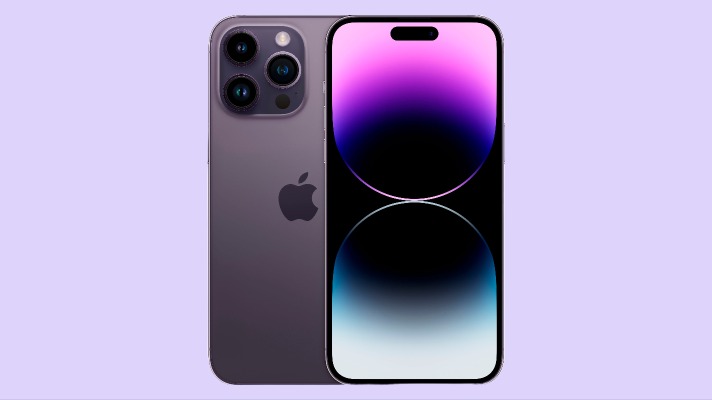 So now that the iPhone 14 lineup is here, almost all had a chance to glimpse the shiny new Apple toy, hold it in your hands, and probably even decide if it is upgrade-worthy. Between the base 14 model and a slightly beefed-up iPhone 14 Pro, the Pro Max version is getting all the buzz.

But should you spend your dollars on it? Is it all that different from your iPhone 13 Pro or even iPhone 12 Pro Max? Let’s find out.

At first sight, it seems to look just like the last year’s model. But if you compare the two phones, you will notice that the iPhone 14 Pro Max is a tad bit smaller than its predecessor. The new model is marginally shorter and slimmer but also heavier and thicker.

You will also immediately notice that the Apple iPhone 14 Pro Max does not have a traditional notch but more of a punch-hole oval design for the front-facing camera, akin to the recent Galaxy S models.

The new iPhone is also missing the SIM tray. Instead, it features eSIM technology. Basically, you are using software instead of a physical SIM card. It supports all major carriers in the US.

As expected, Apple updated the phone’s camera system. This time, the iPhone comes with a 48 MP main (rear) wide sensor camera. Previous models did not have it. The sensor is supposed to optimize light and take better 12 MP photos. And while you might not notice much of a difference in your photos, when you zoom in, it is very much evident. Better clarity, higher resolution.

The 12 MP ultrawide camera is also larger now, while the TrueDepth one has autofocus and a faster f/1.9 aperture for snaps in low-light conditions.

While the design might be underwhelming for some, Apple has definitely stepped up in the internal hardware department. As a result, the new iPhone 14 Pro Max comes with the fastest Bionic A16 chip on the market. Not only it tops the A15’s performance, the latest processor also offers up to 50% more RAM bandwidth.

As with previous models, you will need a 20W adapter for your iPhone 14 Pro Max, translating into a somewhat slow charge. But because of the faster processor, you can squeeze a little more life out of your iPhone battery. How much more? Average users report over 13 hours on a single charge. Not the 29 hours of playback Apple claims, but still, not bad at all.

This one is the most anticipated. As mentioned above, Apple lowered the notch, shaping it into an oval punch hole opening instead. But it is not just an opening for a front-facing camera. Instead, it doubles as a Touch Bar in a way, providing you in-app access to other features and information.

If you just switched from an Android smartphone, this one may throw you off at the beginning. The new iPhone 14 Pro Max display will be visible in its entirety in dimmed lighting. Other phones usually only display stuff like time and widgets. We don’t think it is much of an adjustment, plus we do like the ability to see notifications without having to unlock the screen, but some users found the feature a little annoying.

Either way, the new iPhone has a perfectly bright display panel with crisp colors and extra-sharp images. It acts great indoors and in the open sun, as its picture quality remains unimpacted.

Ironically, the new Apple iPhone 14 Pro Max appears to be both delightfully high-tech and dreadfully underwhelming at the same time. Many users expected a more substantial makeover, which, we must say, is long overdue. But, yes, we wanted to be surprised and waited for the wow effect, if you will. While it did not happen this year, Apple made up for dated design with innovative hardware technology, still pushing the iPhone in front of the queue. Lastly, selling your iPhone is always an option if you are unhappy with its features.